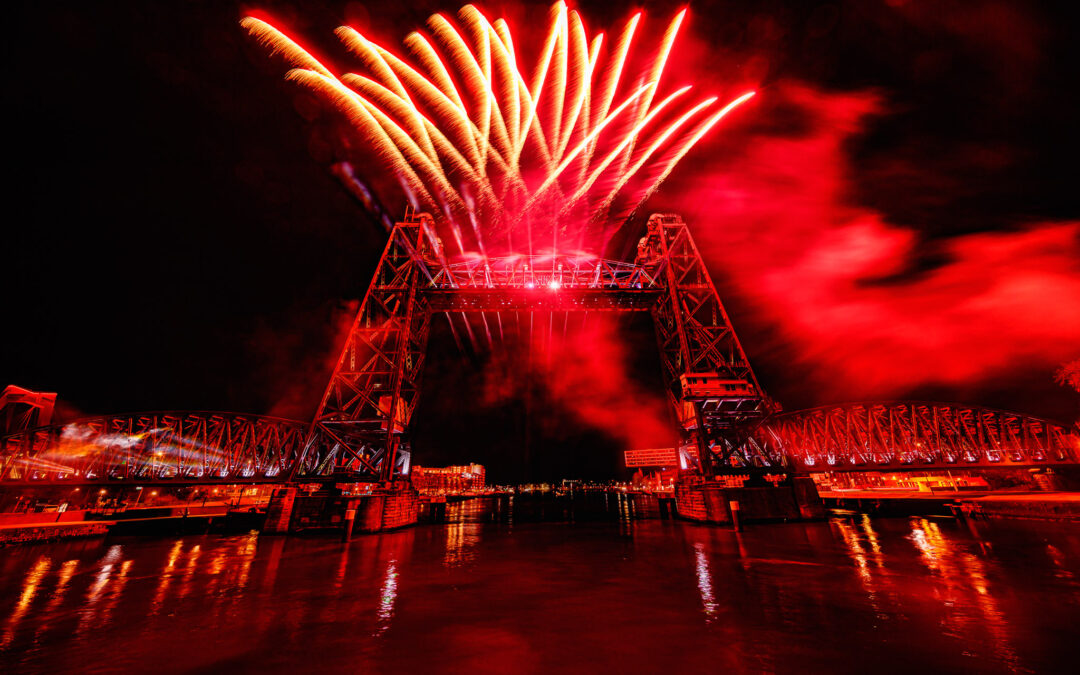 After skipping a year of Eurovision due to COVID-19, the 65th edition finally returned and was successfully held in Rotterdam, Netherlands. 39 countries were participating in the contest this year and Italy finished as the big winner of the event!

This year, Eurovision launched the Online Eurovision Village; a seven-day virtual platform showing different well-known sights in Rotterdam. Fans from all around the world can immerse themselves in the virtual sceneries. The village also included live concerts performed by several international artists. One of the artists was Afrojack, the world-famous DJ performing from the iconic bridge “De Hef” in Rotterdam, also named as Koningshavenbrug. The performance was filmed with dozens of cameras, drones, and lighting fixtures, etc. Luminex is proud to have supported a secret gig of Afrojack’s, with GigaCore 16Xt & LumiNode 12 on the bridge and quay and GigaCore 16Xt in FOH.

Here are some nice comments from Danny Middelburg (Westcoast Sound & Light), in charge of Luminex support and setup on behalf of Peitsman.

“The main benefits in using GigaCore switches are the flexibility of (re)configuring ports on location during setup and monitoring, as well as working with different types of data straight out of the box. For LumiNode, the benefits are comparable to the GigaCore, for example, the flexibility of (re)configuring ports, ease of use, handy and clear error system due to the different colors of LEDs per port, and monitoring.”

Luminex congratulates Måneskin from Italy for its great performance!