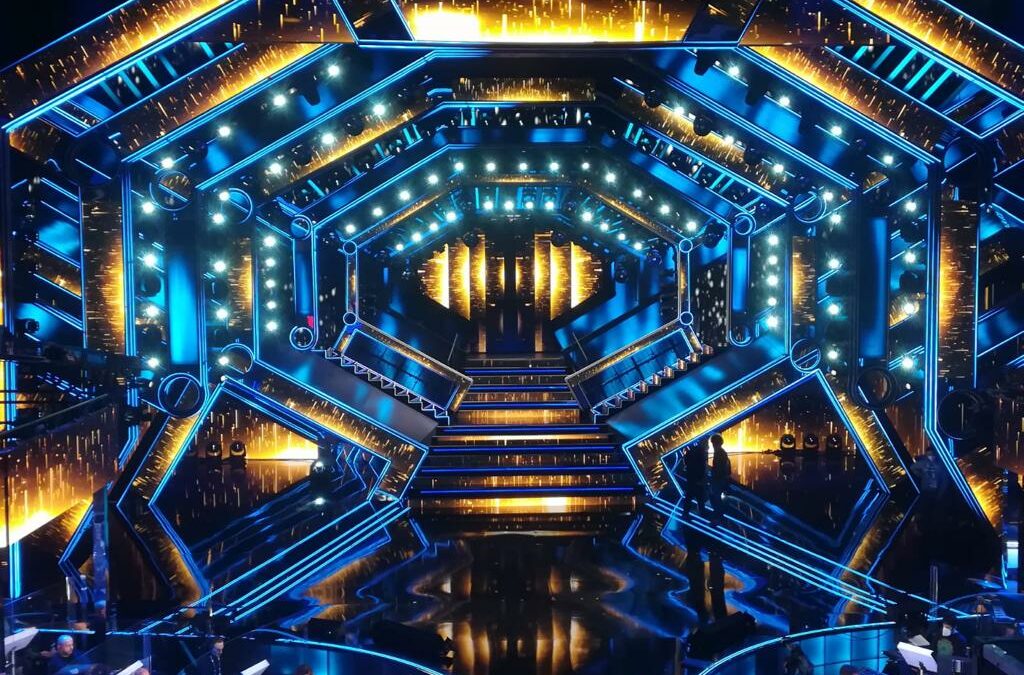 Sanremo Music Festival, annually held in the Teatro Ariston of Sanremo, Liguria, is the most popular singing contest in Italy organized and broadcast by RAI since 1955. In 2021, it came to its 71st edition and was streamed online across the world via the broadcaster’s official website RaiPlay and the official Eurovision Song Contest website “Eurovision.tv”. For the first time in its history, the contest took place without any live audience during the 5-day show due to COVID-19. However, thanks to the efforts and commitments from everybody involved, the show ran successfully and safely despite all those strict measures, it also received great acclamations among the entertainment/ broadcasting industry. Luminex is proud to be part of the show and supported with various products, including GigaCore, LumiCore, LumiSplit, and Araneo.

How did Claudio Cianfoni discover and start using Luminex?

I discovered Luminex from Ermanno Tontini, the sales & technical supporter in RM Multimedia. The company’s philosophy caught my attention, which is to let AVL professionals use the latest technology confidently in a simple way. Since then, I have started using it in different applications like musical shows, events, TV shows, etc. Luminex’s intuitive network system gave me the possibility to manage, control, and simplify all the workflows that I have created and managed. With all the time that I have saved, I decided to fully invest in Luminex products for the benefits of simplicity and reliability.

What are the challenges in Ariston Theatre to run the show?

The spectacular and futurist scenography designed by the Castelli Studio focused on the massive use of dynamic LEDs as if we were watching the movie Blade Runner again. The LEDs were positioned not only from the room and the front cameras but also above the room ceiling, which was specially designed by the television director, Stefano Vicario, to bring out unforgettable scenes by using the lighting caissons on the backdrop, floor, and proscenium, literally everywhere! They also included 5km of 96 pixel/meter dynamic LED strips, more than 3,000 ArtNet universes in all TV studios with 60 units of PixLite MKII from Advatek, and 64 pieces of GLP JBL Line 500 with 151 channels each. On top of this, there were 300m of double fiber and ethernet embedded, 500 and more lighting fixtures, like ROBE T1, Spiider, Megapointe, LEDBeam 150, and SGM G7 Beast, DTS Alchemy 5, etc. In order to cope with this immense scenic lighting system, I thought of spreading GigaCore throughout the studio. This allowed us to provide network connections for ArtNet nodes. The convenience of the pre-configured Groups (VLANs) helped optimize the traffic and provided an easy way to remotely control the media servers from anywhere in the studio. This allowed us to easily map and patch all the dynamic LED of the studio.

In addition, the director of photography – Mario Catapano, another visionary and amazing artist and protagonist of this festival with his lighting system – asked me to be able to control the LED bars embedded in the staircase with the media server available and with the lighting console (2 Madrix licensed from 2048 universes each and 1 GrandMA2 Light), to give a sense of continuity between the scene and the stairs. This was an easy task for LumiNode and the merging features available in its processing engines. In a few clicks, we were able to control these fixtures from both DMX sources at the same time. Luminex various product lines have given me great satisfaction by shaping and satisfying all the needs in this case.

How did Luminex help and ease the way for setup?

First, spreading various GigaCore across the studio helped me to reach every part of the network system by connecting multiple optical fibers and ethernet ports on every switch. We can then monitor the redundancy mode with the colored LED port in case of link failure. All the switches are very easy to configure, which is important as I can save more time in system mapping. Furthermore, with the SFP + Multimode fiber adapters, I was able to bring all the potential of the network into play based on optical fiber instead of ethernet.

Second, the intuitive tool Araneo allowed me to visualize the entire data flow and managed VLANs and their bandwidth consumption in a very handy way. It provided a top-level view of each connection and its current condition and showed physical interruptions and potential problems before anything might impact the show.

Third, with the help of Luminex new product range LumiCore, it allowed me to solve the merging of multiple ArtNet flows towards the staircase LED bars! It was not just simply an additional feature but unlimited opportunities and combinations! We are so happy and proud to say that we are the very first to use LumiCore in Italy, and it was truly a great success!

What are the benefits in using Luminex?

Mainly it saved me so much time as the speed and the ultimate simplicity of the configurations are fantastic! Araneo’s versatility and accuracy in detecting and making proactive solutions are even less than just a second. It certainly helped the technical part of the implementation, and if without so, we would not have been able to find and locate what happened during the show.

Also, Luminex’s unique product features like easy group function with pre-configured VLANs and RlinkX redundancy protocol gave me peace of mind during the shows or events as these are a hassle-free recovery system. Within milliseconds the signal will switch to a redundant link in case of link failure, and we would not even notice and ensure a seamless experience.

Besides, Luminex switches are equipped with automatic QoS and IGMP snooping to recognize various protocols involved, which helped to prioritize different protocols meanwhile respected the rest of the traffic, directed the traffic from the ports, and transmitted only to the user port with the flow of ArtNet, all at the same time. This has helped a lot in synchronizing the whole system with almost zero latency and delays.

Apart from expressing my sincere thanks to the great team and technicians from scenoluminous department, I would like to thank Luminex. It was very simple to configure and gave the possibility to have more time to patch and program this huge project.