Luminex teams up with Harman, Peavey, d&b and Powersoft to achieve EN 54-16 Certification 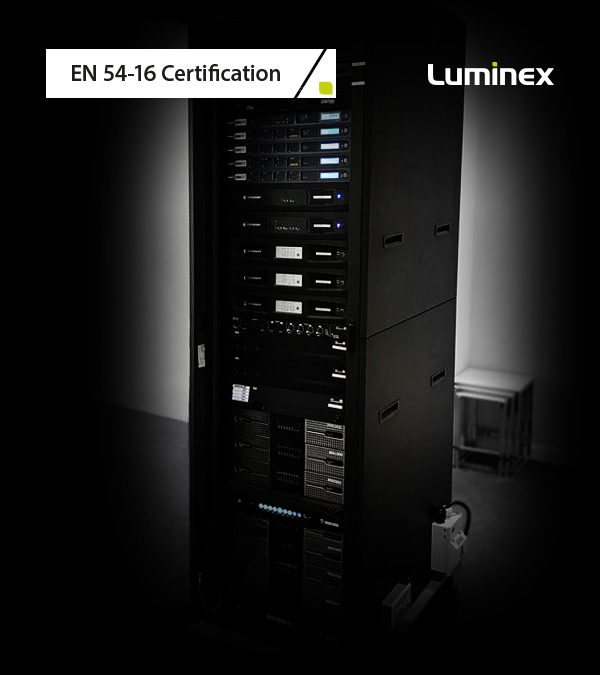 This article is reproduced courtesy of Soundlightup magazine and InAVate magazine. To view the full version of the articles, click below:
Soundlightup
InAVate

EN 54 was originally introduced as a European standard for Fire Detection and Fire Alarm Systems, has then been extended to EN 54-16 covering voice alarm control and indicating equipment, which is mandatory for companies throughout the EU to gain EN 54-16 certification since 2011. However, the standard was designed for companies that only made the entire system, thus restricting them to source EN 54-compliant voice alarm solutions from a single manufacturer.

In this circumstance, the new initiative surely simplifies the entire procedures as it allows voice alarm systems to be built in a modular way according to the requirements of each project, utilising a range of products from these manufacturers. With 30 individual products have been granted certification, the system includes audio signal processing and control using Peavey MediaMatrix, audio signal processing from BSS Audio along with a wide selection of Crown and Powersoft amplifiers. Luminex network switches are also certified to allow systems to be connected using copper or fibre. d&b amplifiers will soon be added to the certificate.

The system also supports analogue, Dante, AES3 XDAB and BLU-Link connections. The project leader, Roland Hemming of RH Consulting said: “This project was one of the most complex audio systems ever built. Achieving EN 54 compliance for over 30 products across five manufacturers is no mean feat! It’s taken three years of rigorous testing to achieve and has now created a platform that other amplifier, DSP, microphone and network switch manufacturers can join to create a single, compliant solution. Specifiers can now build EN 54-compliant systems using a range of products from different manufacturers, which is an industry first.”